The rehabilitation works of the old warehouse of effects and spare parts of Altos Hornos del Mediterráneo (AHM) in Puerto de Sagunto, carried out by the City Council of Sagunto for its adaptation and transformation into a museum of industrial and working memory , have already been completed. Now, soon, the musealization phase will be given by the Valencian Community Foundation of Industrial Heritage and Working Memory of Puerto de Sagunto, which will manage it as the owner of it and the building.

The mayor of Sagunto, Darío Moreno, visited this future museum space this Tuesday morning accompanied by the councilor for contracts, Javier Raro; the delegate of industrial heritage and vice-president of the said foundation, Guillermo Sampedro; the mayor of Maintenance, Pepe Gil and the technical manager of the Valencian Community Foundation for Industrial Heritage and Labor Memory of Puerto de Sagunto.

This last intervention, awarded for nearly 290,000 euros, consisted of works related to the maintenance and completion of the rehabilitation, which began more than ten years ago and has not been completed, being remained inactive for about eight years. The exterior finish of the building and the urbanization of the adjoining space have also been carried out. In fact, on April 6, 2011, the Board of Directors approved the awarding of the main works contract for an amount of 1,450,360 euros (VAT included) from the Plan Trust Generalitat Valenciana.

Darío Moreno explained that “With the reception of this work we gain a lot, we gain in industrial heritage, in dignity what is the past of our municipality and also in a new space for the citizens. Here, now, the foundation has the challenge of setting up a permanent museum. We are going to move forward to open the doors of this museum in 2024, but in the meantime it will already be a space that we can use from the point of view of the public, from the point of view of the city council, although it is also open to other types of cultural events from the associative fabric. Precisely for the end of November, we are planning a first event of this type, which begins to give life and usefulness to this great symbol of our heritage».

The rehabilitation project of the former AHM effects and spare parts warehouse in Puerto de Sagunto for its adaptation and conversion into a museum of industrial and working memory is an initiative in which several departments of the Sagunto City Hall have worked , among which stand out the Contracting department –which is the sector that managed the call for tenders and the contracts to restart and complete the works–, Industrial Heritage and Maintenance, among others.

The rehabilitation and musealization project has maintained the structure of the warehouse and part of the furniture inside, such as the shelves and above all the old railway line by which the trains entered the complex to load and unload inside the structure the spare parts that were transported and which was covered with reinforced glass, so that visitors could walk on it. 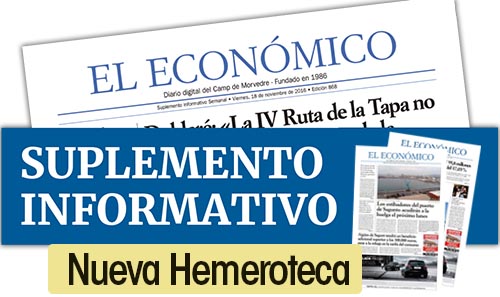 Javier Raro pointed out that “We recently completed the work we carried out from the Contracting department. At the beginning of the legislature, we noted the works of a building stopped for eight years and one of the priorities that we had from the service of the markets was to finish this project to finish the works and start the investment. Finally, with an investment of almost 300,000 euros, we managed to bring this unfinished work to fruition, and this past week we returned the property to the heritage foundation, so that this cultural container is available to the public”.

In this sense, this Friday, the Local Government Council will approve the return of the building to the Industrial Heritage Foundation, since once the action by which the building was ceded to the local administration is completed, the property is returned and therefore , the management and maintenance of the building become the responsibility of said foundation.

The Museo Industrial y de la Memoria Obrera will have several exhibition spaces spread over three floors in the north wing and the first floor in the south wing. It will also have a reception area, library, archives, classrooms, auditorium, cafeteria, bathrooms, offices, warehouse and a restoration workshop.

In addition, this museum space will house machines, tools and utensils, wooden molds, factory models, documents, all kinds of informative and illustrative material and other elements that were used for the foundry of the Sagunto blast furnaces.

The future museum, which will review the steelmaking tradition of the municipality and the formation of the nucleus of Puerto de Sagunto linked to the rise of this industry between the end of the 19th century and a good part of the 20th century, also has the elements installed and accessibility measures such as elevators.