Rebeca Palacios.- In 2021, a total of 1,561 executions were processed in La Rioja to carry out work for the benefit of the community, instead of prison sentences, the director general of justice and the interior of the government of La Rioja told EFE. Rioja, Jorge Medel.

These figures come from the sentences handed down in the three criminal courts of La Rioja, where crimes of up to five years in prison are judged, which, according to Medel, represent practically 90% of those committed in the community of La Rioja.

Work of public utility or work of general interest represents an alternative sentence or measure to the execution of a sentence which leads to imprisonment, provided that the prisoner agrees and that the crime is not severe.

Since La Rioja does not have jurisdiction over penitentiary establishments, this alternative to prison is regulated by the Ministry of the Interior, he pointed out.

However, the Riojan government is working with the Sentencing and Alternative Measures Department to organize these benefits or jobs, he added, the purpose of which is to direct the sentence towards its constitutional objective of “re-education and reintegration social”.

“Many times,” explained Medel, “it has a more social purpose for a person to work, especially in areas that are likely to be affected by their own crime, such as road safety issues, health, collaboration in the cleaning of graffiti and the verification of effects that lead to drug use.

The execution of this type of sentence, as well as the measures imposed on juvenile offenders, have been strongly affected during the pandemic, she noted.

Thus, many conventions and agreements that existed for these people to serve these sentences have declined due to health restrictions.

For this reason, he advocated “recovering this normality” and that there are more jobs and activities, in addition to more entities collaborating in this type of benefit, which is “very positive” for the reintegration of the convict, “much more than serving a prison sentence”.

In La Rioja, the Women’s Counseling Center of the Ministry of Social Services has an intervention program for men with problems of gender-based violence, so that they “become aware of their misunderstood masculinity”, detailed Medel. 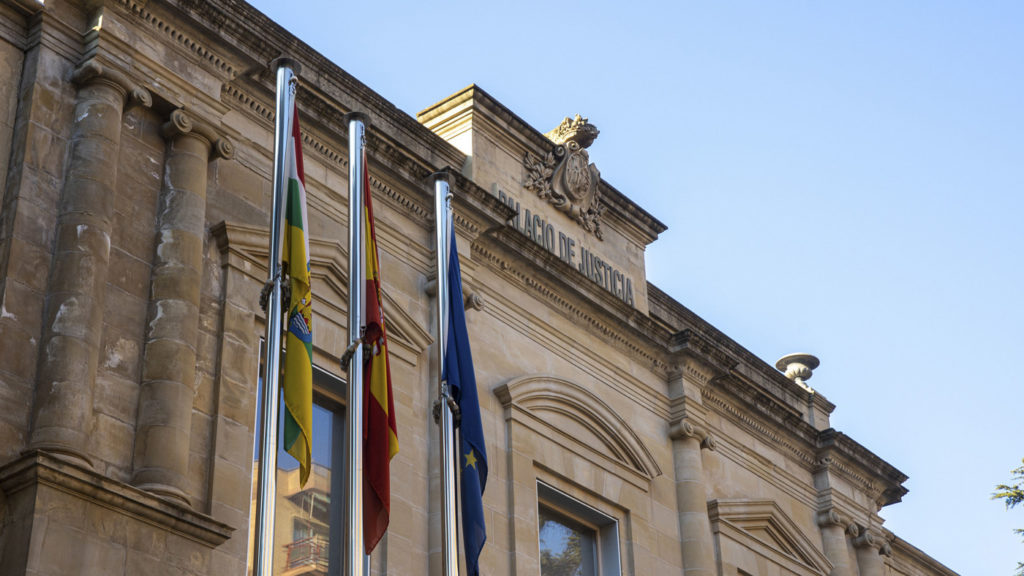 In the case of juvenile offenders, they fulfill various benefits in the municipal entity of Logroño Sport, where they carry out tasks that allow them “to acquire discipline and adopt important work habits for their rehabilitation”.

On the other hand, he added, people found guilty of traffic offenses with serious consequences usually go to the National Hospital for Paraplegics in Toledo, so that “they are aware and see the direct consequences of their punishable act”.

In the case of people with drug addiction problems, social entities such as Proyecto Hombre and the Riojane Association for the Care of People with Drug Problems (ARAD), which are used to working with “vulnerable groups” , collaborate.

The Director General for Justice and Home Affairs claimed that substance addictions tend to lead to criminal behavior, for which he advocated allowing more public resources to influence prevention.

Additionally, he added that the Riojan government is working to increase the resources available for mentally ill offenders, for whom imprisonment is not very practical.

Medel insisted on the re-educational aspect of this type of sentence, because “paying a fine for someone who has money or going to prison is not the best solution to achieve the reintegration” of an offender.