We already know that the Argentinian tech talent now prefers freelancing for foreign companies pay in hard currency and offer them the opportunity to be part of interesting projects, rather than simply “putting on the shirt” of a local company for work stability in a dependent relationship.

The difference at the economic level has become so great that today having a prepaid job and a permanent job, but which pays in pesos, seems to be a limitation rather than an advantage for many of them. And the global proliferation of post-pandemic remote work, which has increased the hiring of freelancers in businesses of all kinds, has dealt the deathblow to traditional models of aspirational in the workplace.

But of course, being independent, self-managed, negotiating contracts and budgets, and above all finding mechanisms to avoid losing a significant part of the income when the money enters the country – due to the difference between the official exchange rate Argentina and the “blue market”” – has generated a whole new set of complications and challenges that not all of these talents are able to cope with.

For them, options are already emerging that go far beyond the freelance labor market – such as Freelancer or Workana, among others – and allow local workers to “match” with projects and companies of interest, while remaining independent. , without losing part of your income.

More than a job market

Every day there are new options for companies that bring together talent from the tech and science realms – developers, designers, data scientists, testers, and more. – to form teams that will solve projects for foreign companies. All this while there are no permanent work contracts and people continue to be freelancers, they can work on several projects at the same time, etc.

One of these companies is called The herd, and was founded in 2021 by Ramiro González Forcada, Nicolás Castro and Juan Cruz Montes, three friends who had the same problems as Argentinian freelancers today when working in technology: they felt alone, it was difficult for them to To get the clients they wanted, it was difficult for them to charge for work and build teams for complex projects. Today, the teams they compose develop work for Pepsi, Yolo, Club de Amigos and Osana, among other companies.

They mainly work with 4 main categories of professionals: Developers, Designers, Product and Management, and Data. “We are already more than 1,000 ‘flockers’ registered on our platform, in 20 countries – mainly in Latin America, although we already have talents from 4 continents – and internally we are 10 people working with 30 clients in Europe, in the United States and Latin America”González Forcada revealed to this medium.

He describes these types of businesses as a evolution of the link between the self-employed and the company. At first there were marketplaces, like Freelancer or Workana, then there were validated talent platforms – where users have to certify the knowledge and experience that they declare – and it would be a new type of company that performs validation of technical, linguistic and cultural aspects. .. but it is also a question of making a “match” between this one and the available projects.

Joining this network as a talent, going through the process of confirming skills and interests, does not work for users. “The model only charges companies for the projects and teams they hire. Freelancers choose how much they earn and charge for the projects they work on,” The Flock CEO told iProfesional.

The same thing happens with American, another such platform that presents itself as a “creative community” which also works in Spanish. Its specialists certify the skills of freelancers and then build competitive, agile and efficient teams for companies.

On other occasions, they also serve as intermediaries when the freelancer is hired for a temporary position in a client company; and in this case, both parties can also use the Amerilancers contracting and payment system.

In this case, it is a young company that created a father and son duo, Julio and Daniel Gutiérrez, at the beginning of 2022. “Today, 15 people work in the company. At present, we have served 125 clients between design and advertising agencies and commercial companies,” Julio told this outlet. 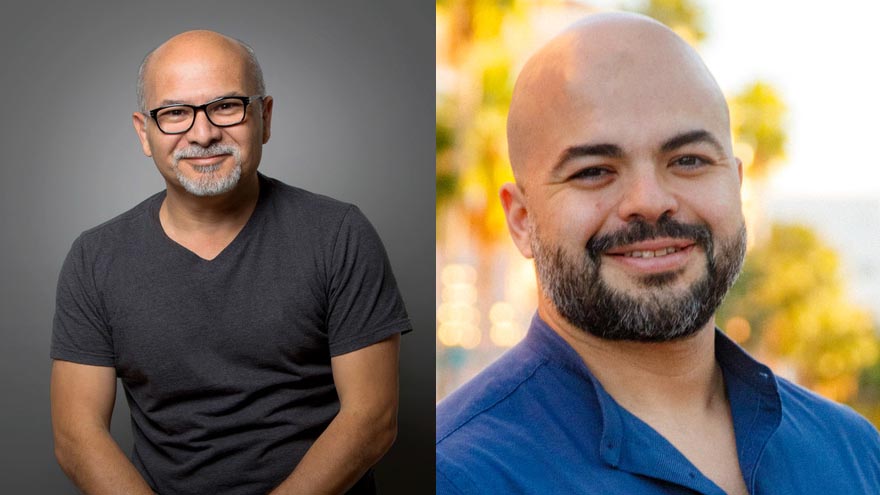 They have nearly 800 freelancers from four countries already registered and whose skills are verified by the platform. “Most of them are graphic designers, web developers, UI/UX designers, community managers, industrial designers, writers, project managers, among others,” said the founding partner of Amerilancers. .

In both cases, the companies mainly bring together Argentinean and Latin American developers, and are receiving more and more applications from talents eager to join them.

Focus on the “heart” and get paid on time

Why join one of these companies instead of just continuing to be independent? It usually has to do with reduce the time the freelancer has to spend on job search, negotiation, etc. In addition, these signatures allow access clients and projects who could not have entered alone or alone. And also, for many, they are a way to solve the dilemma of invoicing from abroad.

“Often, for a professional expert in his IT field, it is not so easy to obtain projects. It is estimated that a self-employed freelancer spends 20 hours a week between administration, contracts, collection management, finding clients, presenting proposals, etc. In our network, they can devote themselves to doing what they know how to do, and not worry about the rest,” said the CEO of The Flock.

“These types of platforms have been around and used for a long time, but due to the pandemic there has been an increase in demand from both the client side and the freelance side. Obviously for the latter it is much easier increase your customer portfolio without losing sight of what generates revenue while companies like ours seek out and manage clients and projects,” Gutiérrez agreed.

The issue of payment and negotiation is usually one of the trickiest in these working relationships. González Forcada assures that today 85% of freelancers declare that they are late in their payments. 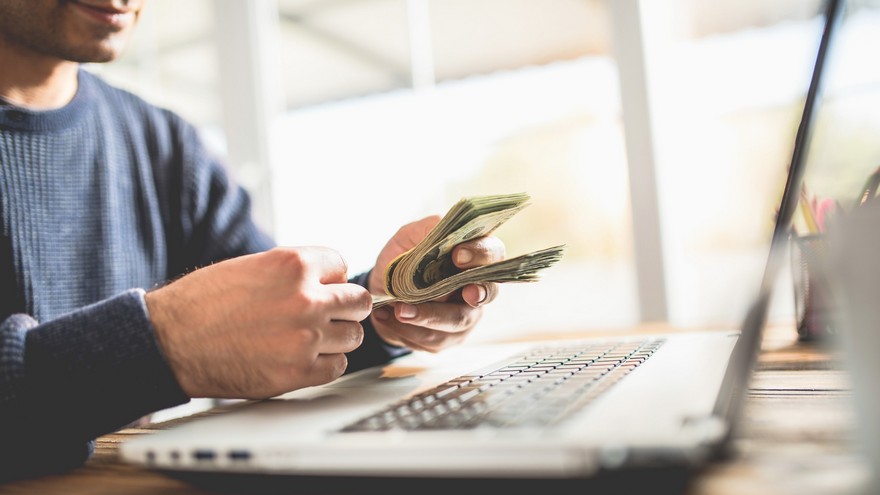 85% of freelancers are late in the payments they receive

But it can be “softened” by working on one of these platforms. As they said in Amerilancers, the price is set before starting any project and in most cases the advances are paid according to the size of the project. These platforms offer to charge with the methodology that the freelancer decides, from Paypal and Payoneer to money transfer at the commercial value of the dollar.

There is also a weight factor which is belong to a community of peers, within a work environment in which a large part of the work is done alone. “They also join our platform to be part of an active community of talent that is in the same community as them. In this community, they find peers, friends, teammates, mentors and experts in different fields. “said the founder of The Flock, which also offers users mentoring and coaching services.

In this sense, Amerilancers gave iProfesional a very promising information: “Our vision includes the development of the largest creative community in America, which is why we are working on a portal where all our members will have the opportunity to networkshare knowledge and experiences. We will be giving seminars and incentive programs there to motivate updating and building the skills and abilities of our community.”

Amerilancers, for its part, offers these professionals another added value: “The main difference (with traditional marketplaces) is that we focus on developing talent in Latin America, while most clients are from countries where Spanish is spoken Our members usually speak very basic English which is a very big barrier to communication so we decided to make the process easier by serving our customers and members in their language,” Gutiérrez added.

However, these companies are not the same as those working through Workana or freelancer.com, which also allow you to get clients and make offers to capture jobs. To enter the talent pool of these companies, there is usually an interview, an assessment of people’s skills and interests, in order to propose projects that match the profile.

“We source and validate freelancers in technical, soft and language skills throughout Latin America,” said The Flock CEO.

What do businesses earn? 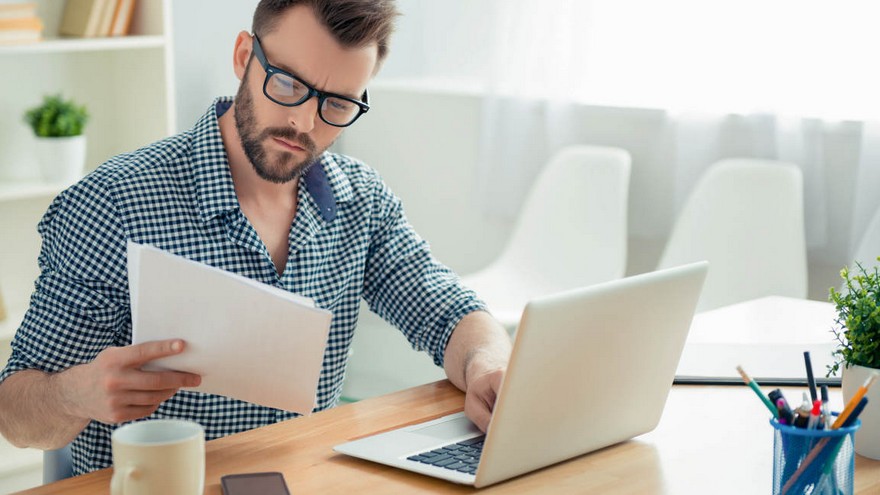 With these platforms, companies access talents who do not wish to work in a dependent relationship.

With these types of talent networks, businesses also gain. They access Latin American professionals with a high level of qualification, a good command of English and without having to worry about hiring or building a team.

But there’s something else: “Accessing the Talent that doesn’t want to work with you” is The Flock’s claim for companies. That is to say like this these companies appeal to talents who wish to preserve their independence and would not apply for their own job offers. The CEO of this platform estimates that it represents around 50% of the region’s tech talent.

“Companies today have a huge problem, because talents increasingly want to work less time with them in a dependent relationship. People today are looking for flexibility, autonomy, control of their own careers professional,” said González Forcada.

He described that startups, by being able to make quick decisions and add teams for specific projects, are great clients of The Flock, but at the same time, the platform also serves companies to attract talent. that they don’t want to add to their corporate payroll and bureaucracy (or that you prefer startups).