A statement and subsequent clarification came back to place the World Cup at the center of the human rights controversy. An interview with Hassan Al Thawadi, the head of the organization of Qatar 2022, again focused on working conditions and fatalities during the construction of stadiums and other work related to the World Cup.

“The estimate is between 400 and 500 dead,” Hassan Al Thawadi said on Piers Morgan Uncensored, adding: “I don’t know the exact number, which is being discussed now, but one dead is one. death, one is too many.” . It’s plain and simple.”

The statement sounded very strong: it was that from Qatar they admitted that the number of dead was much higher than what they had recognized at one time (nearly 40 and only three in labor directly in the stadiums). However, immediately, the Supreme Committee issued a statement on Al Thawadi’s statements and clarified that it was referring to the deceased (414) if all sectors of work and different nationalities were taken during the period 2014- 2020.

Logically, Hassan al-Thawadi’s word in Piers Morgan’s interview, later clarified by the Supreme Committee of Qatar, provoked reactions: “This is only the latest example of the inexcusable lack of transparency on the death of workers . We need data and research, not vague numbers announced in media interviews,” said Nicholas McGeehan, director of Fairsquare, a group that advocates for migrant workers in the Middle East.

“FIFA and Qatar continue to have many questions to answer, particularly where, when and how these men died, and whether their families received compensation,” McGeehan explained. For his part, Mustafa Qadri, executive director of Equidem Research, commented in the Associated Press: “To say now that there are hundreds, it is surprising. They have no idea what’s going on.” 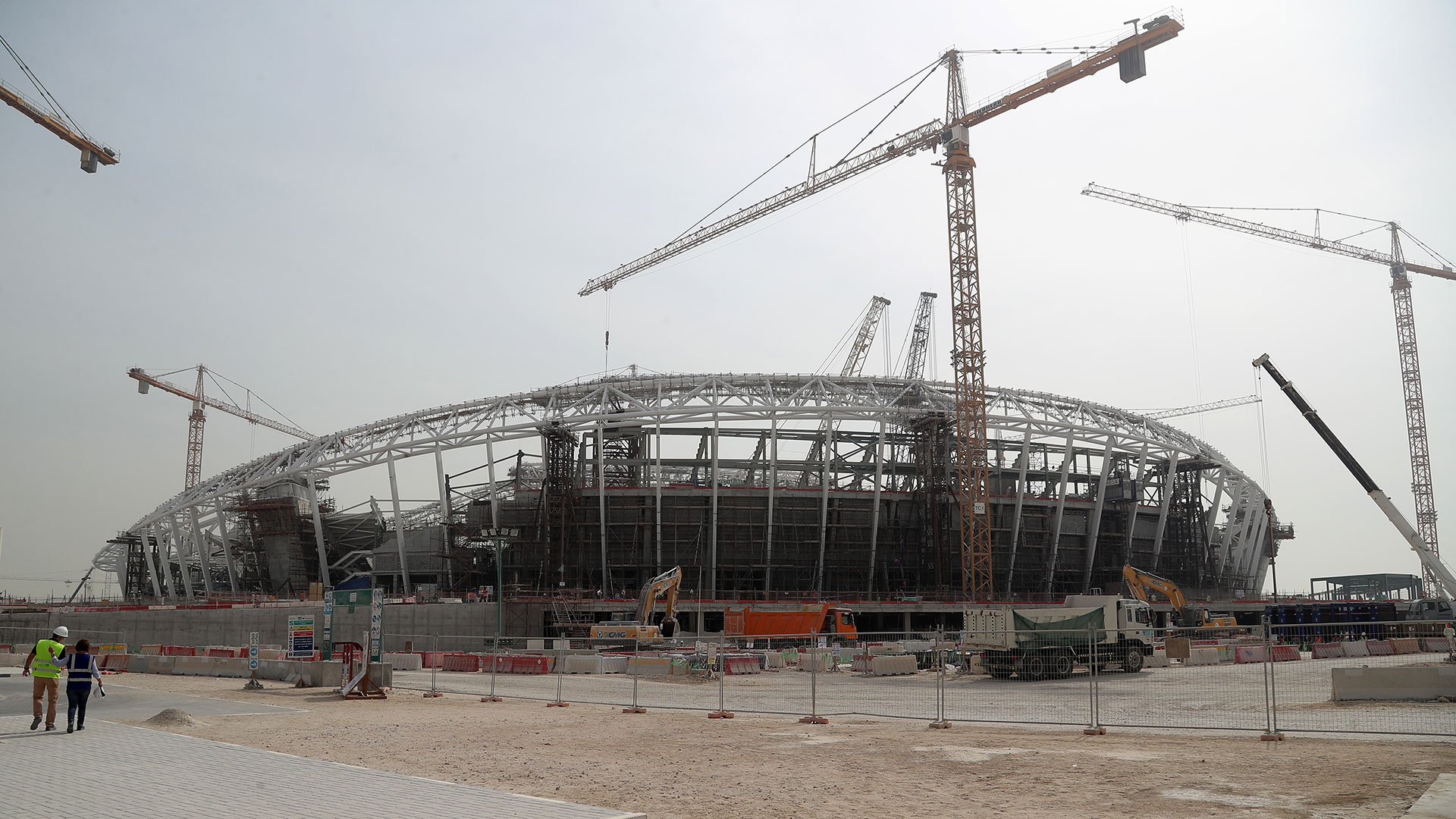 Last year, The Guardian published a report in which it claimed that World Cup-related deaths were around 6,500 and took as its source the records of five of the countries with the most migrant workers in Qatar: India (2,711 deaths), Nepal (1,641), Bangladesh (1,018), Pakistan (824) and Sri Lanka (557). Al Thawadi, in an interview with Becky Anderson on CNN, replied that it was a “sensationalist headline” and spoke of “inaccurate and extremely misleading” figures.

“The figure of 6,500 takes the number of deaths of all foreign workers in the country over a 10 year period and attributes it to the World Cup… This is not true and omits all other causes of death, including illness, old age and traffic accidents. . Nor does it recognize that only 20% of foreign workers in Qatar are employed on construction sites,” expressed one of the visible faces of the organization. 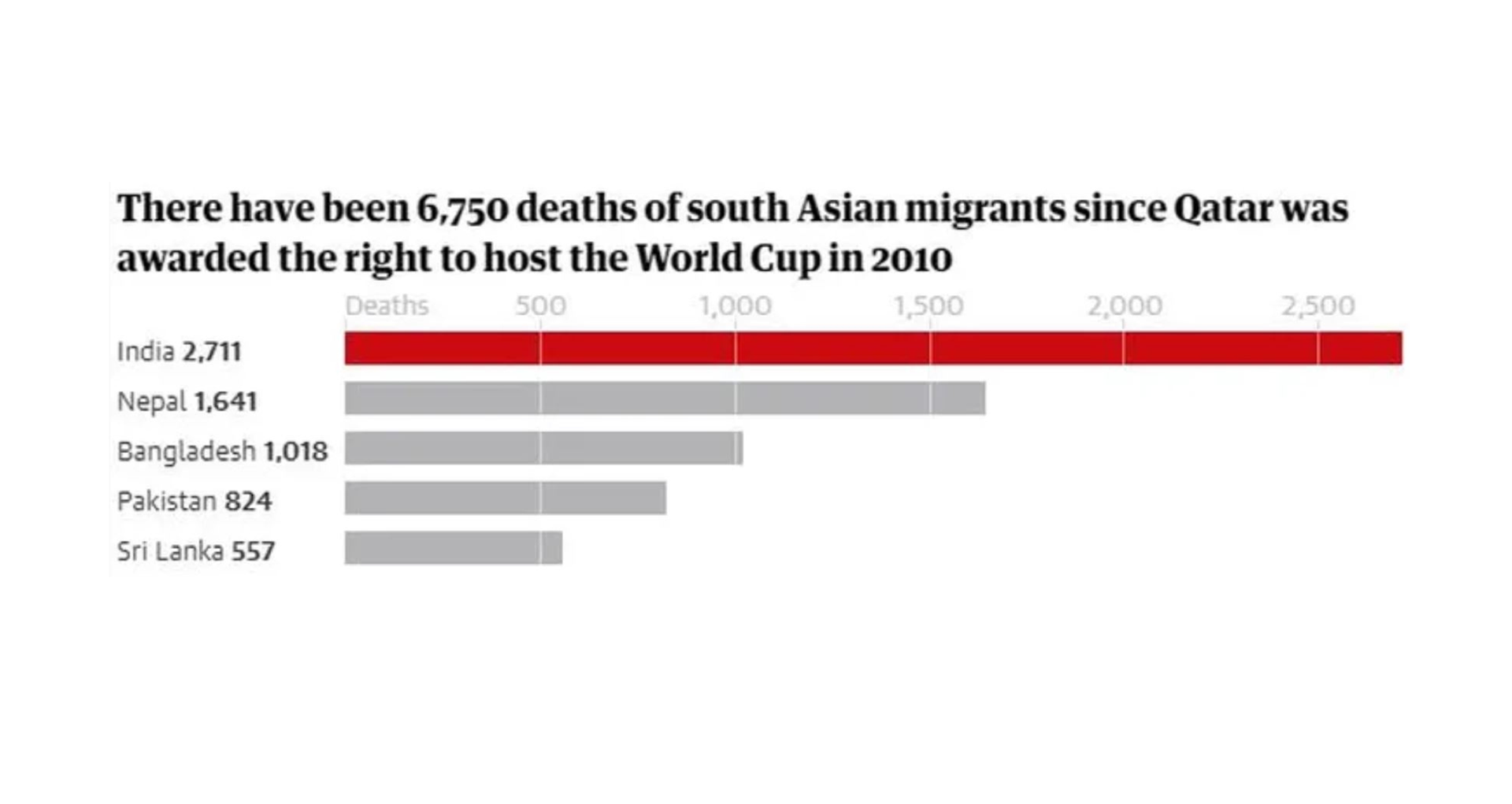 Guardian analysis of the death toll during the construction of stadiums for Qatar 2022.

Working conditions during the construction of stadiums and all work related to the World Cup have always been a central concern. The number of working hours in extreme situations due to the heat, the lies about the salary, the impossibility of changing jobs and the precarious living conditions, have been some of the complaints that have been made in recent years. years. In 2016, after a complaint to the World Labor Organization (ILO), Qatar agreed to negotiate some laws for workers and even established measures such as the minimum wage.

In his interview with Uncensored, Al Thawadi acknowledged that “there must be improvements in the workplace and progress is being made in this regard”. Moreover, he assured that “this improvement is largely due to the World Cup, which now puts Qatar in the spotlight of the world. The World Cup served as a vehicle, an accelerator. We are committed to transparency.”

Before and during the World Cup, especially at the start of the competition, various human rights events took place in Qatar. Most of the protests were organized to support the LGTB+ community. Homosexuality is prohibited in Qatar. Some captains were going to wear the “OneLove” armband, although FIFA warned of penalties, such as yellow cards, so they gave up. Germany responded with their players covering their mouths in the pre-match photo against Japan. Meanwhile, Al Thawadi said, “I think it’s safe for everyone to live in Qatar.”