CEO of Radio and Television Canal Sur (CSRTV), Juande Melladodelivered this Monday in Seville one of the VIII School Audiovisual Prizeat a ceremony held at Cajasol Foundation Theater and which was conducted by the presenters of the program “EnREDa2” Andalusian television, Adrian Lopez, Samara Cadenas and Jaime Silva.

Mellado was commissioned to deliver the Prize in the category Intermediate primary educationwhich resulted in CEIP Fernando Villalonof the city of Seville Morón de la Frontera, for the work entitled “Internet”: bomb effect”which deals with the risks and benefits of using the network and use plenty editing and animation resources.

The The School Audiovisual Awards, organized by the Andalusian Audiovisual Council (CAA) in collaboration with Canal Sur Radio et Télévision (CSRTV), the Cajasol Foundation and the Andalusian School Councilhave fallen into this edition in eight educational centers that deal in their work with topics such as bullying, conflict resolution through dialogue, the dangers of the Internet, the educational possibilities of the network, sexting or the dissemination of photographs or videos with sexual content, teenage suicide or fake news. The winning works will be published in south channel, through Andalusian Television (ATV)

The award ceremony was chaired by the Minister of Educational development and vocational training, Patricia del Pozo. They have been with her the president of the Cajasol Foundation, Antonio Pulido; the president of the Andalusian Audiovisual Council (CAA), Antonio Checa; the president of Andalusian School Council, José Antonio Funes. In addition to Juan Mellado, on behalf of Canal Sur the deputy director was also presentIsabelle Cabreraand the Director of Innovation and Business, John Vargas.

Patricia du Puits thanked the support of Canal Sur “always present and ready to collaborate with education” and highlighted “how important is the formation of values. For this, the audiovisual media are fundamental”. The councilor was moved as an Andalusian by the commitment of teachers and students with the good future of Andalusia, as shown by the works that have been presented in this competition. 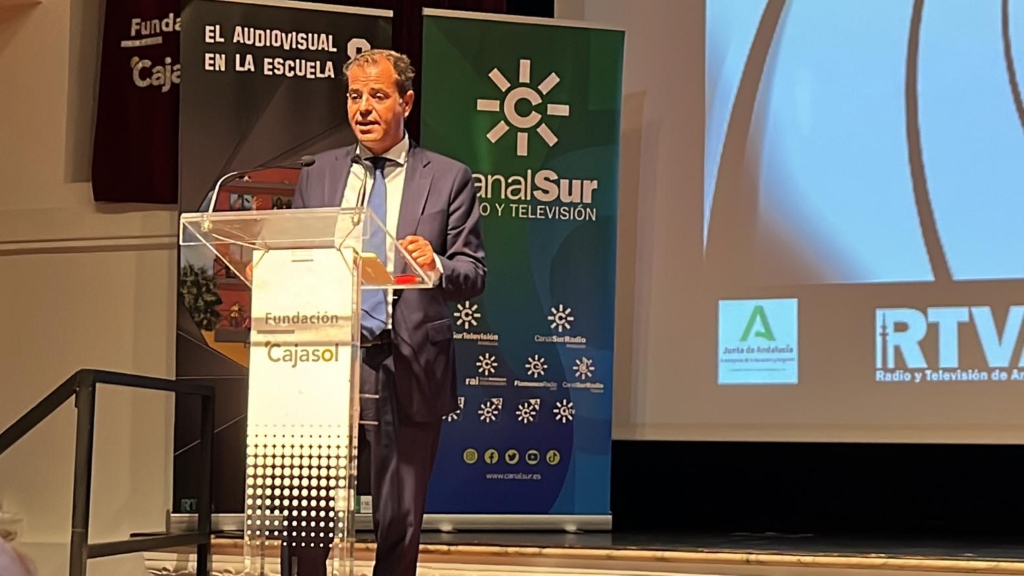 For its part, Juande Mellado said that “Of all the prizes that Canal Sur awards and to which Canal Sur collaborates, these are the ones that inspire us the most for the two objectives they pursue: to increase the capacities of teachers and students in audiovisual matters and to increase critical thinking and analytical capacity of young people vis-à-vis the audiovisual media and social networks”. Moreover, he underlined, “these are prizes that pursue media education and this is precisely one of the objectives of RTVA. Here are the presenters of »EnREDda2″, a transmedia program to which we are committed at Canal Sur and one of the objectives of which is to raise awareness of the proper use of social networks, an issue on which we fully agree with these awards”. Finally, the CEO of CSRTV thanked the work over the past few years of the President of Andalusian Audiovisual Council, Antonio Checa.

In this eighth edition of the awards, they received 53 videos of schools and institutes from all Andalusian provinceswhich makes a total of 429 works presented in all calls rewards. The jury was made up of representatives of Audiovisual Council of Andalusia and Cajasol Foundation, and chaired by Pilar Távora, director of the CAA and filmmaker.

In the student modality, and in the category of first cycle of primary education (6-7 years old)the jury rewarded the video “The word… the most powerful weapon” of CEIP San Francisco Solano de Montoro (Córdoba), in which students work on resolving conflicts through words, criticizing the war and making the problem of school bullying visible. In the form of a journalistic report broadcast on the news of this ordinary school taking part in these “Audiovisual at School” Prizethe students reinterpret the dispute between Russia and Ukraine as a playground dispute between two students, which they use to call for peace and claim the value of words, but also of hugs.

The award-winning short film in the category middle cycle of primary education (8-9 years old) has been “Internet: bomb effect” CEIP Fernando Villalón de Morón de la Frontera (Seville), on the risks related to the use of the network. In an agile, playful and didactic way, thanks to numerous editing and animation resources, the students raise awareness of the responsible use of the internet and expose its advantages (access to information, communication with other people, online shopping, etc.) and its dangers such as fake news, scams or cyberbullying.

In the upper cycle of primary education (10-11 years old), the winning video was “Internet, a tool for inclusion” by CEIP Malala de Mairena del Aljarafe (Seville), a school that received a mention in last year’s edition and which continues its work on the educational possibilities and positive aspects of the Internet. The video shows the experience of its PECAI (High Intellectual Capacity) students with autistic children from the CEIP Juan Ramón de Tomares (Seville)to which in the form on line during the pandemic, they told stories aided by pictographs.

The award-winning video Category of compulsory secondary education (12-16 years old) was “If this happens, use the nets wisely” Diego de Guzman High School and Quesada de Huelvain which prevents against sexting or send images of sexual content and the youngest are protected from the risks linked to the use of new technologies. Told in the first person, a teenage girl tells her story in the letter she writes with her last words before committing suicide.

Within this same ESO category, the jury awarded a special mention at the Colegio Santa Cristina de Granada for the work “Binge drinking”which addresses the problem of alcohol consumption among young people.

The little winner category of post-compulsory secondary education (17-18 years old) has been “The Information League” of IES Monterroso d’Estepona (Málaga)in which he reflects on the power of information throughout history. Through animation technique stop-motionn, the students make a examination of the fake news from prehistory to the present day, fromThe Battle of Kadesh in Ancient Egypt even a hoax related to the singer Ricky Martinand offer a series of tips to learn how to identify fake news.

In the teaching modality, the prize was awarded to the CEIP Andalucía de Fuengirola (Málaga) for the video “Don’t let go of your stuff”Above dangers that social networks involve for minors. Through the recreation of a conversation between two children in ICT Tacthis shows how one of them tricks the other into doing what he wants.

Finally, the jury decided to award a mspecial mention to the CEIP Adriano del Valle de Sevilla for five works generically titled “Our footprints in…”, and presented in several categories. The videos critically show the invisibility of women at different stages of history.

Each prize is endowed with 1,000 euros, that educational centers must devote to the acquisition of equipment or the performance of activities related to audiovisual communication. 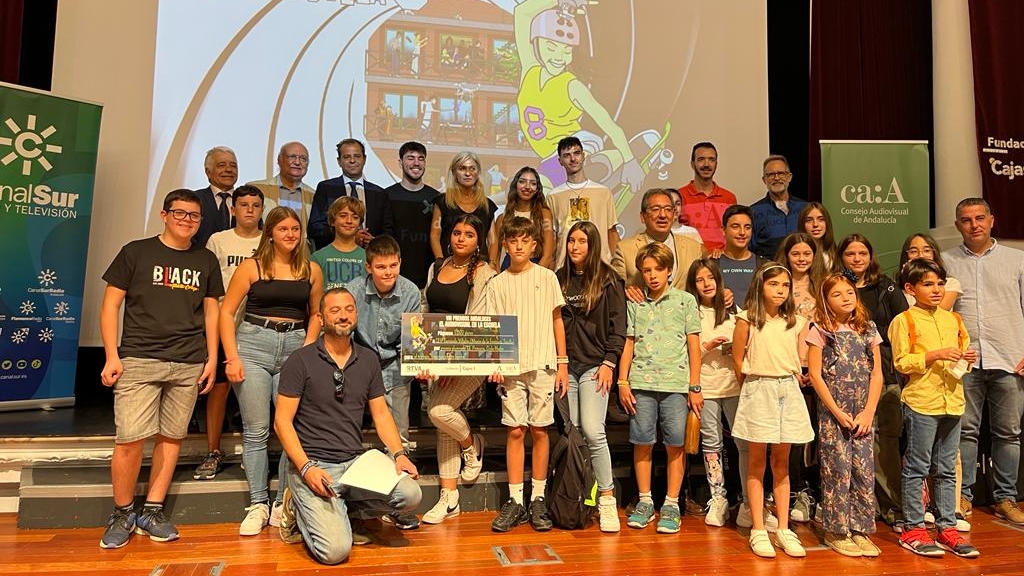