The advertising industry remembers the life of George Lois, the New York advertising legend behind Esquire’s iconic covers, landmark 20th century advertisements and slogan i want my mtv. Lois died Friday at the age of 91.

Lois rose to fame and won major awards for her work for agencies such as Doyle Dane Bernbach, Papert Koenig Lois and Lois Holland Callaway. He also became the youngest member of the Art Directors Hall of Fame.

His career spanned 60 years in the advertising industry. He started his career at Sudler & Hennessy in New York in 1956 before joining Doyle Dane Bernbach (now DDB) in his early days.

“George was a giant in our industry,” he said Ad age Mat Bisher, Creative Director of DDB New York―. His commitment to the Big Idea was revolutionary; he had an unwavering passion for what he believed in. It was a bet on the ground for creativity as an advertising and cultural force”.

And Rick Brim, Creative Director at Adam & Eve DDB, added: “There are two types of exceptional creations. Those who create innovative trends every time and those who create work so timeless that it looks as fresh today as it did forty years ago and will remain so for the next forty years. George Lois is definitely the latter. His work has survived many of his subjects, from his iconic magazine covers squire to the countryside i want my mtv. All of his work is always effortless, always awesome, and always makes me really jealous.”

Early in his career, Lois was particularly known for his bold, clear images at work for Wolfschmidt Vodka, Xerox, Allerest, Maypo, Wheatena and Edwards & Hanly.

Long before celebrities were ubiquitous in advertising in the 1960s, Lois convinced art world icons, including Andy Warhol and Salvador Dali, to appear in a series of memorable Braniff Airlines commercials, pairing them with other unexpected seats like boxer Sonny Liston and baseball player. Whitey Ford. The motto was “When you got it, flaunt it!”

His Esquire covers were part of MOMA’s permanent exhibition in 2008. They included Warhol drowning in a can of Campbell’s tomato soup, depicting the decline of pop art, and Muhammad Ali depicted as the martyr Saint Sebastian. They also tackled provocative topics like racism and religion. One cover featured black boxer Sonny Liston wearing a Santa hat; Time magazine said, “George Lois’ Esquire cover depicting Sonny Liston as America’s first black Santa Claus is one of the greatest social statements in fine art since Picasso’s Guernica.” 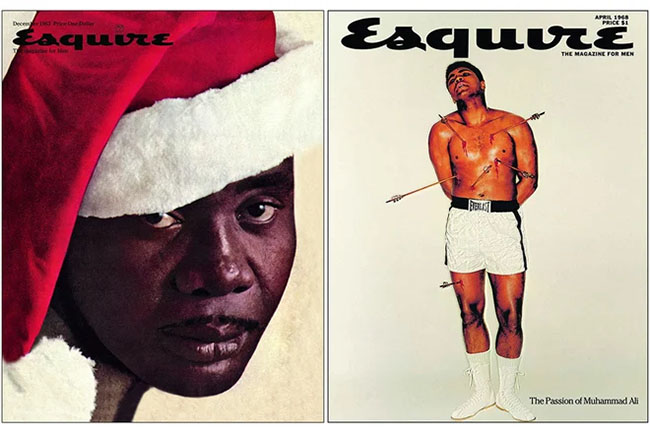 Nearly 30 years later, he was responsible for helping create iconic ’80s brands like MTV and Tommy Hilfiger. After fledgling music video channel MTV failed in the 1980s, he was behind a series of commercials featuring Mick Jagger and Bryan Ferry that told viewers, “If you don’t get MTV there where you live, call your cable company and say, ‘I want my MTV’.

The 80s also saw Lois co-direct the Bob Dylan video for joker man. It was the only video he made, but it won MTV’s Best Music Video of the Year award in 1983.

Lois went on to create iconic campaigns for ESPN in the 90s and was still working in 2016 at the age of 84, when she launched her own New York-based agency, Lois TransMedia, Big Idea Advertising and Public Relations.

Sometimes cited as one of Don Draper’s inspirations for Mad MenLois really didn’t like the comparison. He described the spectacle, in his book Damn good adviceas “nothing more than a soap opera set in a glamorous office where stylish dorks fuck their grateful capped secretaries, drink martinis and smoke themselves to death while spouting stupid, lifeless commercials”. 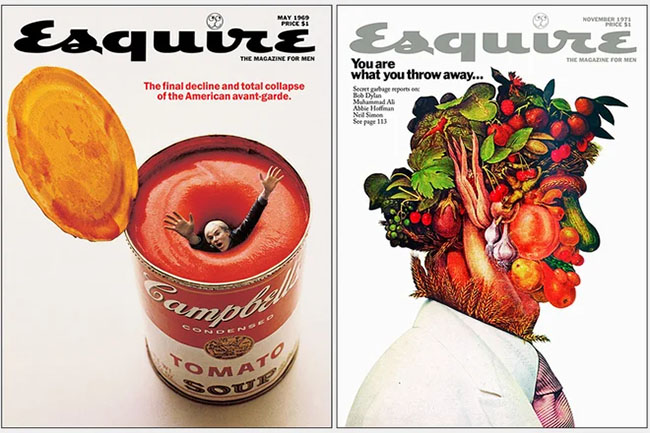 As for his legacy, another creative provocateur in modern New York, Greg Hahn, creative director and founder of Mischief USA, described him as “a strong advocate for bold creative work”.

“I hated the middle ground,” Hahn said. Work like George’s, which is buzzing, making brands and lasting for decades, doesn’t fall between the two. I once heard a quote from him: “You can be careful or you can be creative, but there is no such thing as a careful creative. Every act of creativity is an act of faith, and George wasn’t afraid to take the plunge.”

And according to David Kolbusz, creative director of Orchard, what sets Lois apart from many of her contemporaries is “the timelessness of her product”: “It doesn’t need a historical context to be appreciated, and it doesn’t is never celebrated for nostalgic reasons. Whether it’s Esquire’s covers, their logo or their advertising campaigns, the design and art direction transcends the era in which they were created.” If Lois’ work were asked “if I were to do it again now in the present, would I do it the same way?” the answer will almost always be “well, yes”.