New traffic lights in the Belascoaín-Galiano section. The area has been experiencing lighting problems and sections that have not been lit for about four years, due to the poor condition of the cables and the deterioration of the luminaires. Photo: Deny Extremera/Cubadebate.

Work is progressing these days on the Malecón in Havana to restore public lighting in the section of Marina Street in Prado, with a modern and sustainable solution adapted to the conditions of the country and the corrosive environment of the area.

Engineer María Isabel Martínez Oliver, Head of Malecón and Extramuros Group Investments, Office of the City Historian (OHCH), explained that since the early 2000s they were placed on the traditional Malecón colonial cast iron lampposts that were serviced annually but have been severely weathered by the passage of time and the effects of the highly corrosive environmentcharacterized by the constant action of sea spray.

“The interview was no longer enough, a complete replacement was needed“, he told Cubadebate.

Engineer Jesús Ramírez Mirabal, Deputy Technical Director of Investments at OHCH, said that to restore or replace them to their original appearance, “it takes resources that are all imported and that currently it is not possible to acquire”.

Given the urgent need to illuminate the central area, and in collaboration with the Government of Havana, the Provincial Monuments Commission and the Master Planit was decided to replace the old lights with others similar to those placed in the rest of the Malecón. 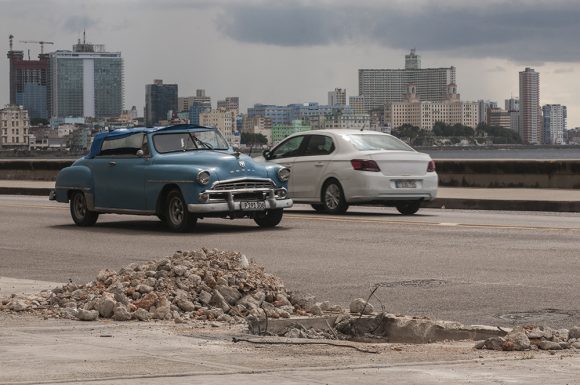 Excavation to sink a new base near the Prado and the Malecón. Photo: Deny Extremera/Cubadebate.

“The UNE had 80 modern luminaires, the quantity we needed for a total replacement. So we started the work to replace the entire system,” said Martínez Oliver.

According to the engineer, the works involve the dismantling of the 80 old lights of the section from Marina Street to the Prado, including Maceo Park and the separator at its height, and the demolition of their bases; ditching and removal of the old networks to place the new wiring with its pipeline (buried PVC pipes from lamppost to lamppost), the casting of new plinths and the installation of aluminum LED luminaires.

“It is a material more resistant to the environment. These streetlights have been installed for several years on the Malecón and have been tested in this environment. Enabling a sustainable lighting solution on the traditional Malecón“, he pointed.

“The stretch from Belascoaín to Galiano and the splitter next to Maceo Park are already illuminated at night. The nets have been placed and virtually all the bases from Galiano to Prado have been melted down, so this segment is now ready to start placing the remaining 23 lampposts,” he said.

At the same time, this Thursday, August 25, the conditions were already met to melt the bases of six perimeter fires in Maceo Park. Then, the OHCH will undertake the restoration of streetlights and networks that make up the interior lighting of the park. 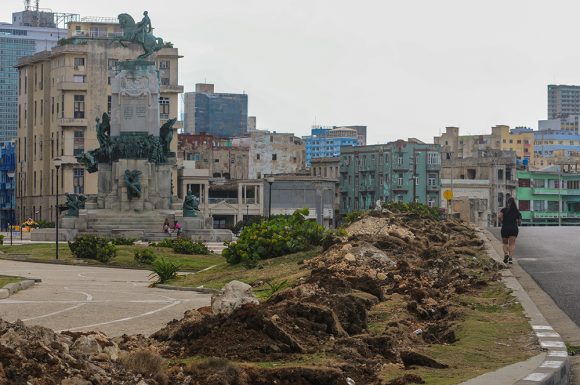 The OHCH, the government of Havana, the provincial delegation of the Micons and the UNE, which places the streetlights and installs the service, have collaborated in the work. The National Traffic Engineering Unit will be responsible for painting the bases to established codes.

In preparation are the repair works of the sidewalksin which the OHCH, the Havana Technical Networks Company, the provincial government and the Micons will cooperate, informed the engineer Martínez Oliver.

Work should be completed in November, for the city’s 503rd anniversary. 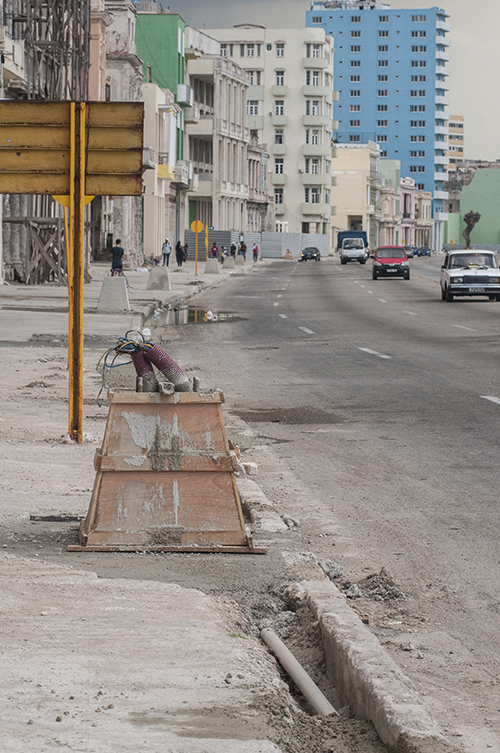 In the section not yet lit (Galiano-Prado), practically everything is ready to start installing the streetlights. Photo: Deny Extremera/Cubadebate. 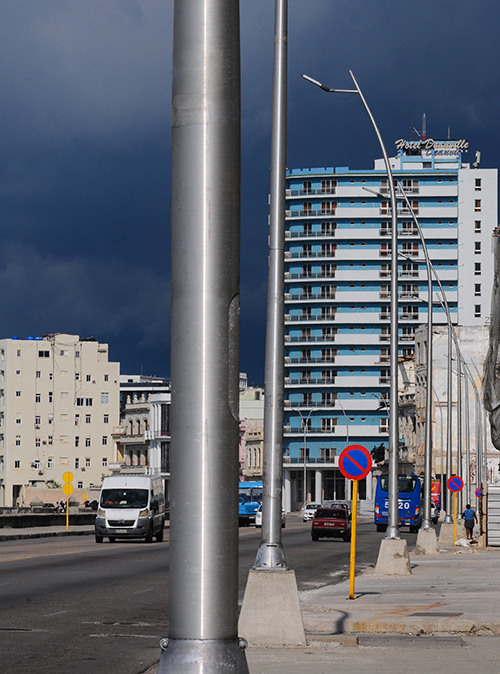 The Martí Theater will reopen in September

The Investment Department of the City Historian’s Office is developing other projects, including the repair of the Martí Theater, which has suffered significant damage to the roof, facade, carpentry and other areas in the May 6 explosion at the Saratoga Hotel.

Engineer Ramírez Mirabal said that “Intensive work has been carried out on the Martí and the date of its reopening is maintained at September 11”the day that marks the 80th anniversary of the birth of Eusebio Leal, the eternal historian of the city.

In this project and in others, “we have not stopped working. Everyone is doing their best amid the difficult situation in the country,” added the Deputy Technical Director of Investments of OHCH.

Among the work of recent months is the restoration of the monument to José Miguel Gómez, Calle G or Avenida de los Presidentes, where the monument to Bolívar has also been cleaned and restored and the one dedicated to Salvador Allende is being restored.

The house where Generalissimo Máximo Gómez died in 1905 is also being restored., located at Fifth Street and D, in Vedado. “In two years it should be in all its glory,” said Ramírez Mirabal.

Meanwhile, working on a Demonstration center of renewable energies in the ecological park Quinta de los Molinos. A first stage of the project is promoted in commemoration of Leal’s birth.

Work continues on a new-type primary school, equipped with new technologies, on Zulueta Street, corner Corrales, with plans to open in 2023.

Since 2019, through a loan from the Saudi Development Fund, the OHCH Investment Directorate has executed a construction program of 368 houses.

Engineer Ramírez Mirabal explained that these funds were used to acquire materials, essentially, for the finishing phase of the houses. “The work was made difficult by logistical problems and the availability of resources from domestic industry.”